‘So he lay there asleep, the much-enduring goodly Odysseus, overcome with sleep and weariness; but Athena went to the land and city of the Phaeacians. These dwelt of old in spacious Hypereia hard by the Cyclopes, men overweening in pride who plundered them continually and were mightier than they. From thence Nausithous, the godlike, had removed them, and led and settled them in Scheria far from men that live by toil.’ Odyssey 6.1ff.  (online text: Eng., Grk.)
[here and below quotes are selective; follow links for complete passages]

Thucydides, History of the Peloponnesian War 1.25

“… Corinth found herself treated with contempt by a power [Corcyra=modern Corfu], which in point of wealth could stand comparison with any even of the richest communities in Hellas, which possessed great military strength, and which sometimes could not repress a pride in the high naval position of an island whose nautical renown dated from the days of its old inhabitants, the Phaeacians.”
(online text: Eng., Grk.)

“For Demeter once dwelt in that island, and taught the Titans to reap the ears of corn, all for the love of Macris. Whence it is called Drepane [= Corcyra/Corfu], the sacred nurse of the Phaeacians; and thus the Phaeacians themselves are by birth of the blood of Uranus.”
(online text: Eng., Grk.)

“They set their sails then for the neighboring land/of the Phaeacians, rich with luscious fruit:/then for Epirus and to Buthrotos.”
(online text: Eng., Lat.) 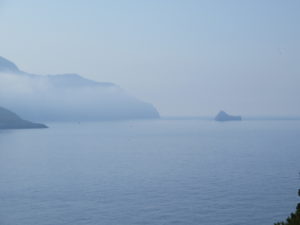 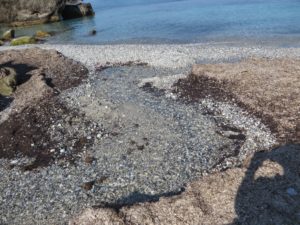